The Gold Standard Restoration Act of 2022

Phineaus T. Barnum, legendary showman and circus owner, is credited with being the first person to claim that “any publicity is good publicity.” The rationale being that, whether positive or negative, the more times you are mentioned, the more famous you become. Gold, it appears, has been making moves to leap from page 10 to the front pages of the print and electronic media. 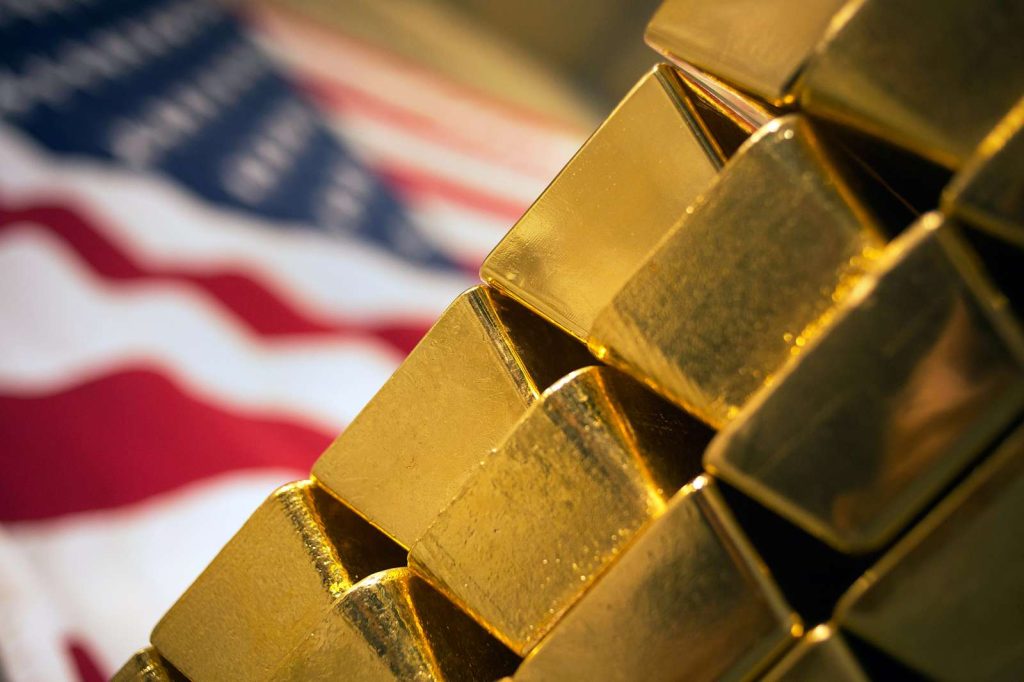 Most notably an article this week regarding the Gold Standard Restoration Act of 2022 introduced by Congressman Alex Mooney (R-WV). Before we allow our hopes to take control of our emotions, it is a certainty that this measure without traction has absolutely no chance of making it out of committee. Primarily because of the restrictions that it would place on the very body that is charged with considering it. Two of the three branches of government love to spend and print.

For the largest part, the vast majority of American families are not affected by the M2. When the M2 increases and shortly after that, because there are more dollars in circulation, inflation begins, wages increase incrementally or else the economy would come to an abrupt halt. We are currently in the transition period between inflation and wage increases. Except during such transition periods, for the average American family, it does not matter whether a loaf of bread costs 39 cents, or 3 dollars and 39 cents. Theoretically, it occupies the same percentage of the family budget because of the families increased buying power. This was especially important in the 1970’s when the “one bread winner” family unit was forced into the “two bread winner” family unit that is typical today.

The talk of the return to a Gold Standard where the number of dollars would be tethered to the amount of gold that the United States owns, is not a new movement and rears its “ugly” head at least once a decade. The ramifications of the return to a Gold Standard are very interesting if one were to consider the numbers that such a move would require.

The United States Treasury is purported to own the largest stack of gold in the world at 8,133.47 metric tons. Or 286,899,711.3 ounces. A 100% relationship between the M2 and the ounces of gold in Ft. Knox, would yield a fixed price per ounce of $75,636.18. An interesting thought and seemingly impossible. Or is it?  In 1933, President Franklin Roosevelt recalled all of the gold coinage and limited ownership to 2 ounces per citizen. Following the recall period, with the stroke of a pen, he changed the price of gold from $20.67 per ounce to $35.00. This mechanism is called a “formal currency devaluation.” Arguably, this move was instrumental in leading the United States out of the Great Depression. In a currency devaluation, every hard asset increases relative to the currency in play. Even a used car would increase in value in a formal currency devaluation.

The 1908 St. Gaudens Gold Coin that you speculated on last year for $3,500.00 while its intrinsic value was only $1,845.00, would now be worth over $75,000.00 in just intrinsic value. The numismatic value would follow. Another result of such a revaluation would be “Confiscation”. 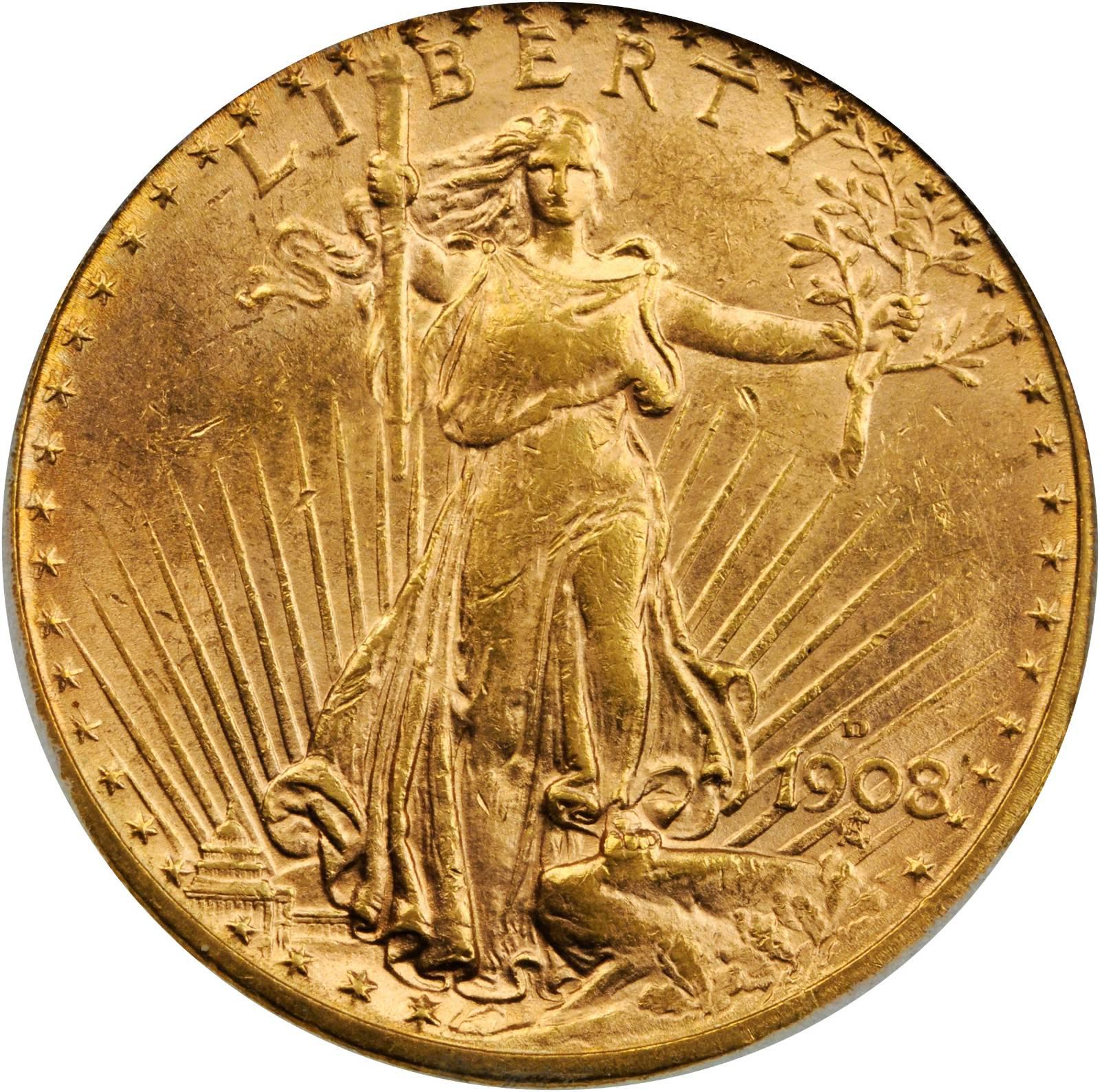 Confiscation is in quotes because it would not require a formal announcement for this to happen.  Anyone with an ounce of gold in their night-stand drawer or gun safe, would race to the nearest Bank or precious metals dealer to redeem the previously archaic relic for greenbacks. Eventually, the vast amount of private gold ownership would find its way to Ft. Knox because the price of gold has been pegged and no longer an attractive investment asset. The only form left would be numismatic gold, which would flourish without competition.

Is this historic revelation about to happen? Highly unlikely. But the fact that it is moving closer to the front page is fascinating, to say the least. A 100% monetization of the dollar to gold is unlikely. Is a 20% valuation impossible? Making each ounce of gold worth $15,000.00. This looks doable. It would restore the full, faith, and promise in the dollar.  Other nations would convert some of their gold holdings into the Greenback, further increasing the Ft. Knox population. If 20% looks doable, how about 30%, or 40%, or even 50%?  Where should the line be drawn?

The number does not matter. The possibility of this scenario does not matter. What does matter is this bill and press coverage thereof, signals that the experiment which is a fiat currency being the reserve currency of the world is quickly being realized as failed. And where does attention immediately turn when considering a loss of the dollar as the supreme transactional instrument? Gold. We do not know where the end of this experiment is, or what will become of the hegemony of the United States. But it is clear that gold and silver will be instrumental or dramatically affected when it occurs.

Look for precious metals to make more headlines, and gain more traction, while rising from the perception ashes to their rightful prominence. Would you rather own gold and silver bullion and numismatic coins before this occurs, or after?